In the couple of weeks since DAMAGED released, I’ve been busy traversing the internet on my virtual book tour (since it’s impossible for me to do a real book tour with a toddler). Here’s a list of all the fun stuff I’ve been doing in case you missed anything:

If you’re in the Asheville, North Carolina area, I will be making a rare physical appearance at Malaprops Bookstore this Thursday, November 6th, from 3:00-5:00 pm, where I’ll be signing books and trying to get rid of our leftover Halloween candy (if I don’t eat it all by then). Come by and say hi! They have all my books in stock, and it’s never too early to start Christmas shopping at your local independent bookstore. 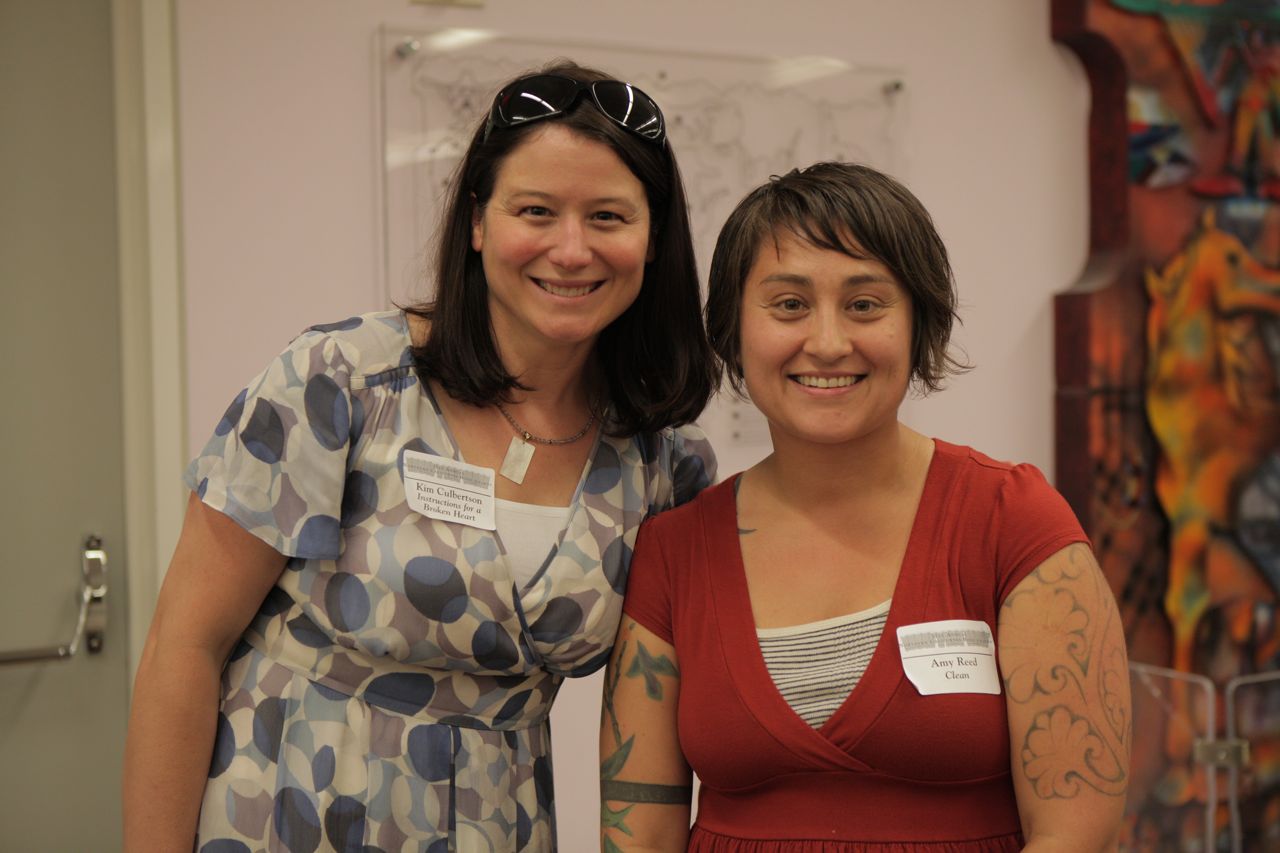 Congratulations to my pal Kim Culbertson on winning the award for Children’s Literature–Young Adult! It was an honor to be nominated with her and Daniel Handler.

Here’s the lovely description of CLEAN in the program. (Thank you, Sari Friedman!) 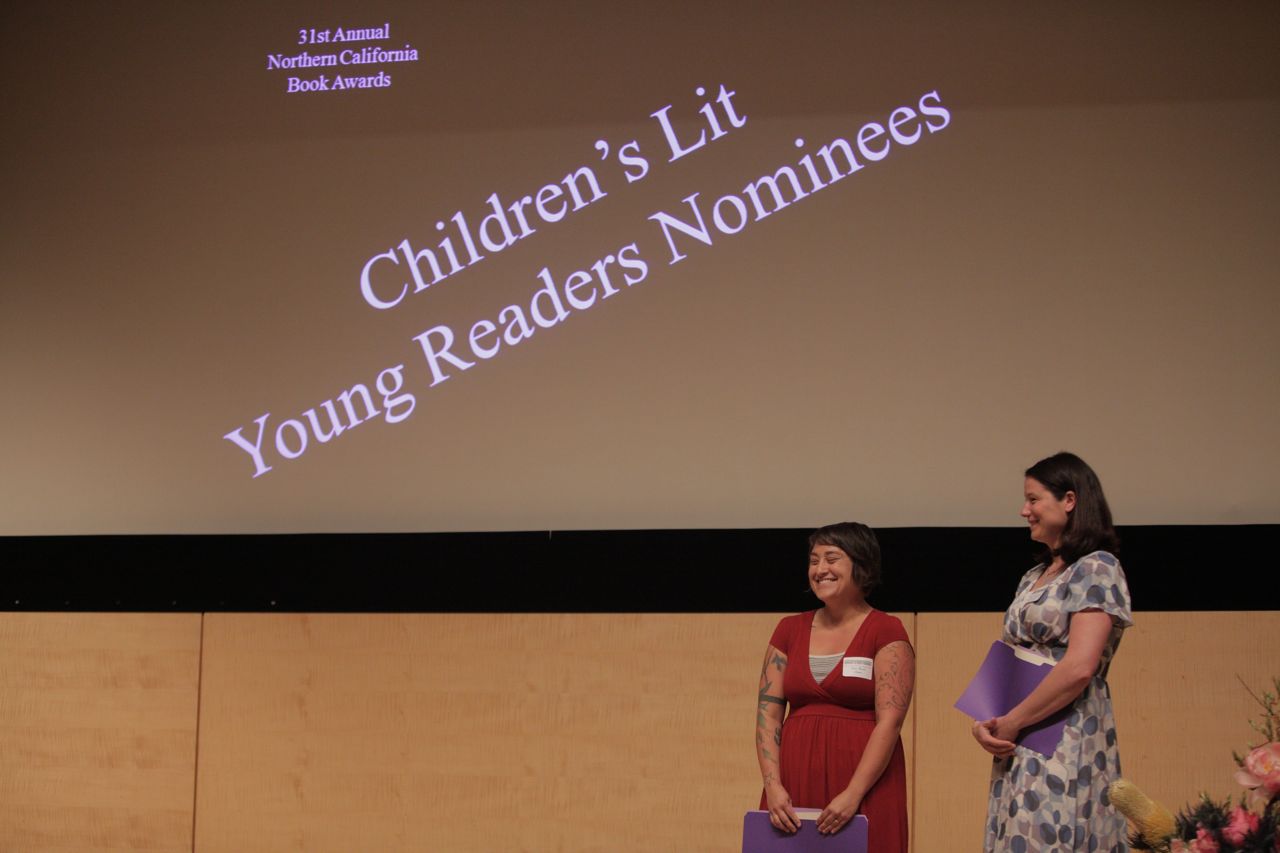 Here’s us on the stage (with the wrong title on the screen). 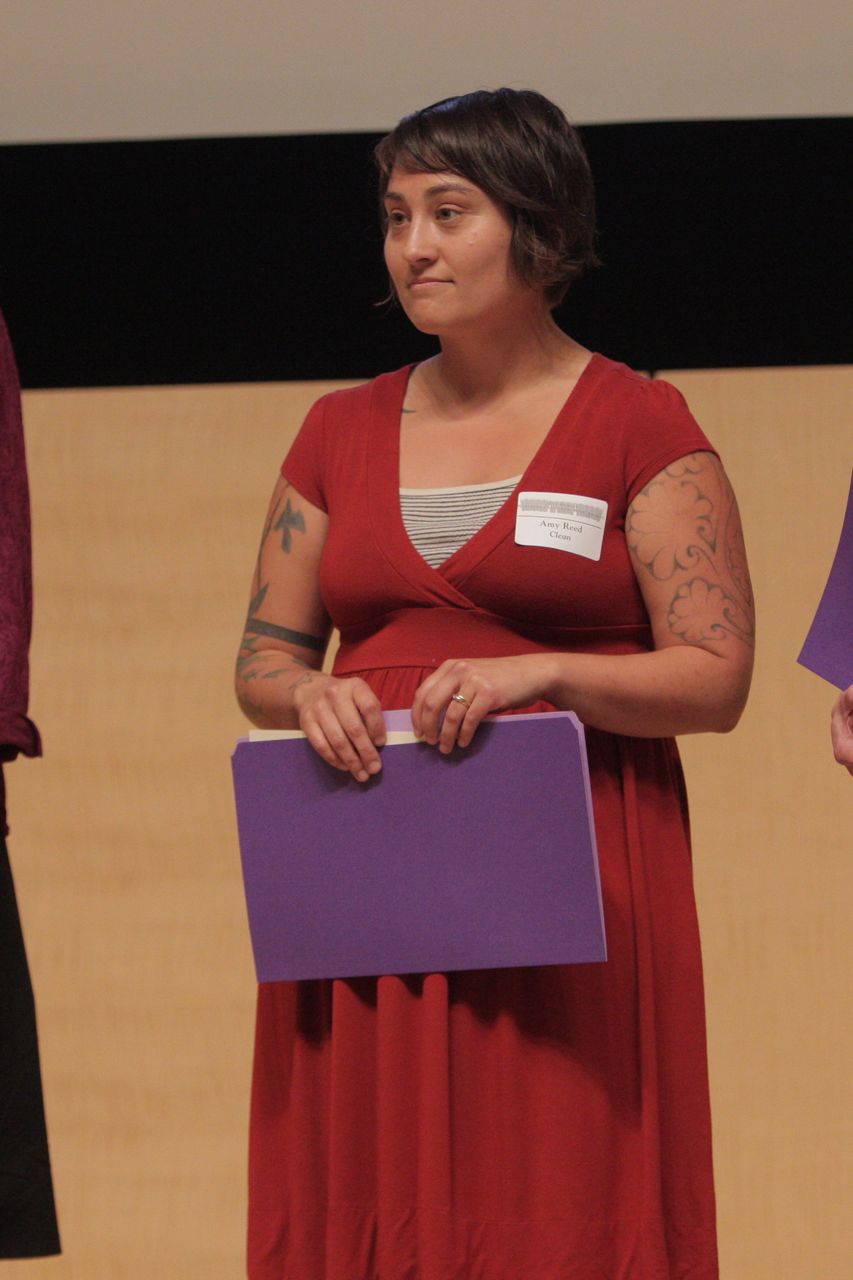 Here’s me with my mysterious purple folder. 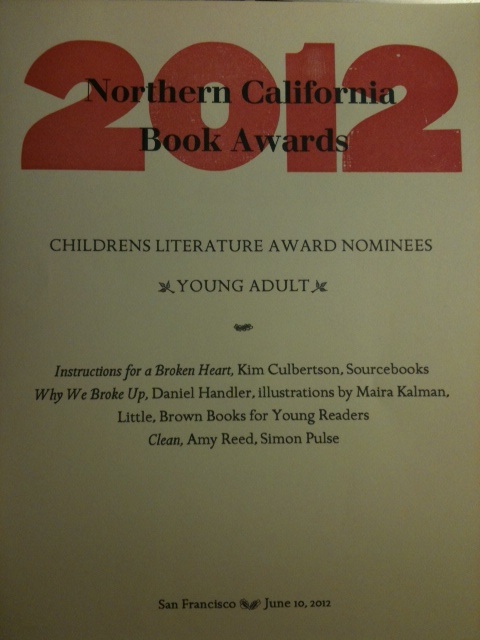 Here’s what was in the mysterious purple folder.

Thank you to Northern California Book Reviewers for nominating CLEAN for the award in Children’s Literature–Young Adult, and thanks for putting on such a great event. It was an honor to be among such great company.

So much is happening—it looks like 2011 is shaping up to be a really good year.

2010 ended on a great note with the paperback release of Beautiful, which has now already gone into its second printing.  It was also just recently selected as a YALSA Quick Pick for 2011. Yay!

The biggest thing I have to look forward to this year is the release of my second book Clean in August. I am so proud of this book, and I can’t wait to share it with you. Like Beautiful, it’s gritty and realistic, but I think that in the darkness there is still hope, and even some humor. It’s about five kids’ experience in rehab for drug and alcohol addiction. I’ll be posting an excerpt on here soon, so stay tuned! (You can also find an excerpt in the paperback edition of Beautiful.) It doesn’t come out for seven months, but it’s already been selected as a Junior Library Guild for high school book clubs! (Oh, and you can pre-order it on Amazon…)

Also coming up in the fall of 2011 is the release of Dear Bully: 70 Authors Tell Their Stories, edited by YA authors Carrie Jones and Megan Kelley Hall. This is an anthology of stories, poems, letters, and essays about authors’ personal experiences with bullying. I am honored to have a poem included in the anthology, along with such great writers as Ellen Hopkins, Lisa McMann, R.L. Stine, A.S. King, Lauren Oliver, and many more. You can see the full line-up on Diana Rodriguez Wallach’s blog.  Here’s a link to a nice article in Publishers Weekly about the book, and a link to the Young Adult Authors Against Bullying Facebook page. And look for an article in the February issue of Glamour Magazine!

What else? More reading, more writing, more playing with my dog Peanut. I’m finishing up a (hopefully somewhat final) draft of Book #3 to send my editor. I recently realized I have a strange pattern in my novel-writing process. For all three books, I got to a point where I was pretty sure I was “done.” I became complacent, thought it was finally time to relax, maybe just do a final quick read-through for typos and consistency. Then all of a sudden (because of friend/husband/reader’s last-minute feedback), I realized I had to REWRITE THE ENTIRE ENDING! Each time, I had a nervous breakdown for a couple days, then pulled myself together and got back to work. After I got over my initial insanity, I realized I already knew deep down something wasn’t right, but I was in denial about it. It’s so easy for me to get stuck in my head as a writer because the act of creation is such a solitary activity. But as soon as I let someone in and I try to brave and see my work through their eyes, it’s like I’m looking at an entirely different piece of writing. That’s when I realize this thing I do is way bigger than just me and my computer and some letters on paper. It’s about communication, it’s about creating a relationship with every single person who reads my words and enters the worlds I’ve created. And I just hope they get something out of it.