I am so incredibly excited to finally show you the cover for INVINCIBLE, the first book in my two-book series with Katherine Tegen/Harper Collins (the same folks who do Veronica Roth’s DIVERGENT series, among other amazing books). 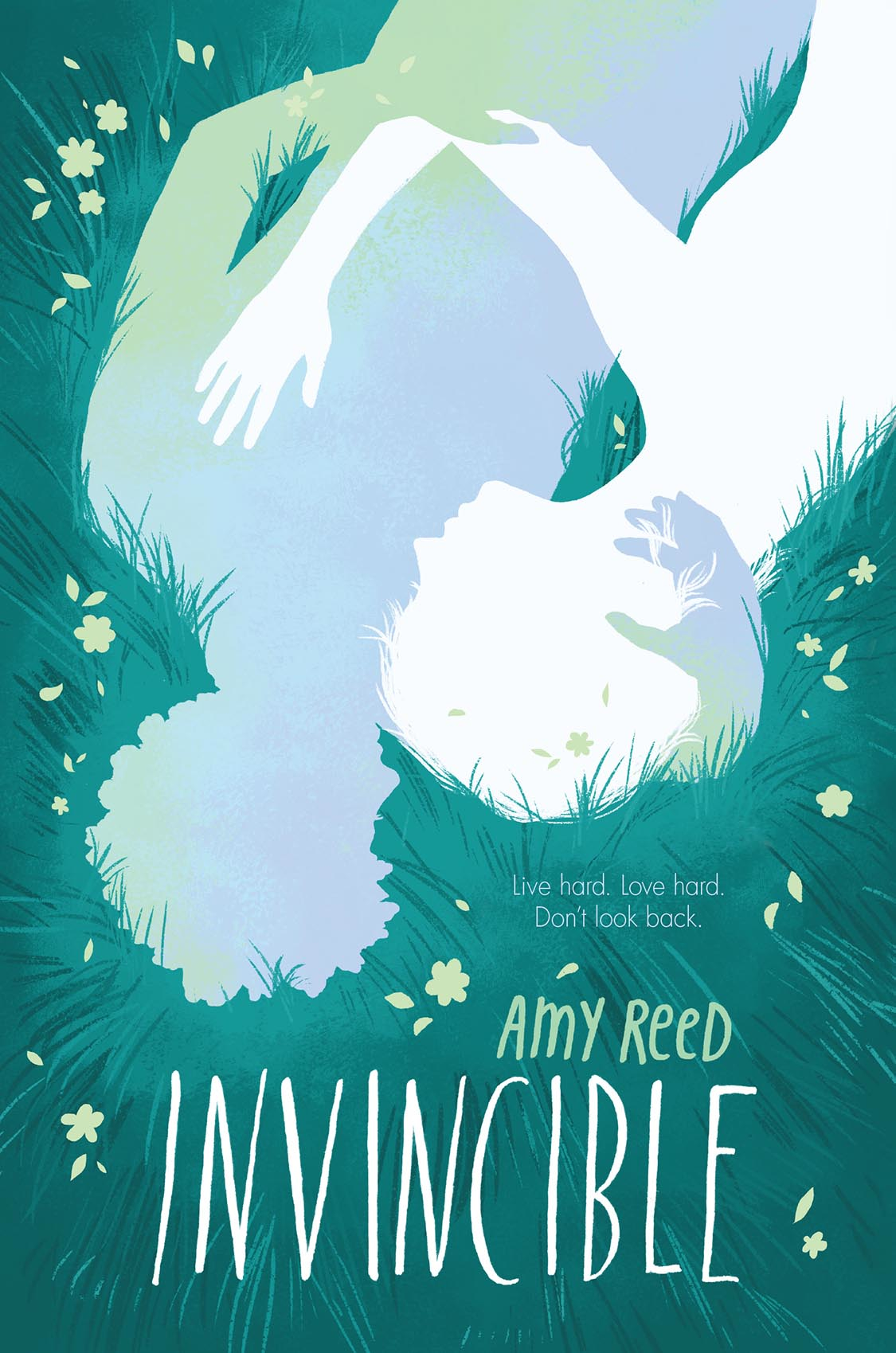 Isn’t it beeeyoooootiful?! I can’t wait for you to read it.

(P.S. Don’t forget DAMAGED is coming out NEXT WEEK!)

I am so excited that DAMAGED comes out in TWO WEEKS! On October 14th, it will be released into the world and I couldn’t be prouder. (Pre-order to make sure you get it on release day). I have tons of exciting guest posts and special online events coming up, so make sure you follow me on Twitter to get all the updates.

If you’re in the Asheville, NC area, I’ll be hanging out at Malaprop’s Bookstore on Thursday, November 6th, from 3:00 to 5:00 pm to sign some books. Stop by to say hi and pick up a signed copy of DAMAGED or one of my other books. They’ll have them all in stock. I would love to meet you!

It seems crazy to be talking about a book that comes out in April of next year, but I’ve got exciting news about INVINCIBLE too. In less than a week, on Monday, October 6th, at exactly 8:00 pm EST (5:00 PST), I will be revealing the cover RIGHT HERE on this website! It is nothing like my other covers, and it is so freaking beautiful I cried a little when I first saw it. I’m serious, it’s that awesome. I’ll also be telling you a little more about the story, but until then, here’s a little teaser:

INVINCIBLE is book one of a two-book series, pitched as Go Ask Alice meets The Fault in Our Stars, about a teenage girl who survives a terminal cancer diagnosis, only to get trapped in the deadly spiral of addiction, and the boy who would do anything to save her.