Today is the official release day for CLEAN!

First, I’d like to give a huge THANK YOU to all the incredible bloggers who have already given such amazing feedback on advance copies. YA authors would be nowhere without you.

Now, a little background into why I wrote it. 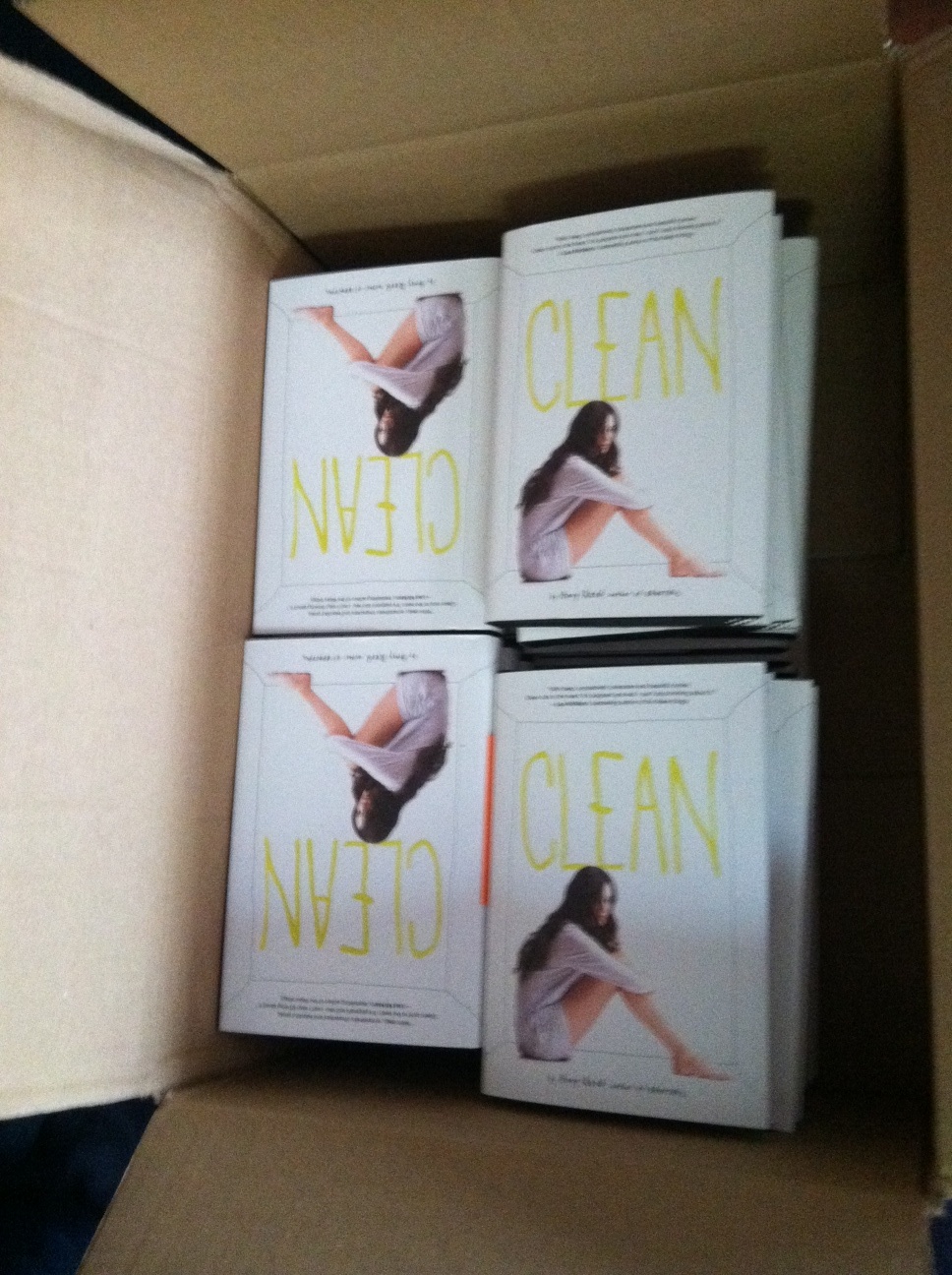 CLEAN was a story that had been writing itself in my head for a long time, probably since I was a teenager. I had always wanted to tell a story about kids in rehab. My favorite books as a teenager were Girl, Interrupted and One Flew Over the Cuckoo’s Nest, and I continue to be fascinated by the concept of institutionalization, not only the practical details and implications of it, but also the metaphor inherent in being locked up, especially when you’re dealing with an age group that is so driven by the desire for freedom and independence.

Like my first book BEAUTIFUL, CLEAN deals very frankly with drug and alcohol abuse. I received some criticism for this in BEAUTIFUL, and I understand that it’s difficult subject matter for a lot of people. It should be. I’d be worried if readers weren’t troubled by it. In both books, my primary goal has been to be honest, to not sugarcoat or hide anything, to tell the stories I know to be true, to tell the kinds of stories I wish I could have read as a teenager. When I was growing up, there was very little honest discussion about the kinds of things that were on my friends’ and my mind. There was the blanket command “Just Say No,” but that wasn’t enough for me, and I don’t think it’s enough for many kids. What I needed, what I’m trying to write, was the truth. I think teenagers can handle a lot more than we give them credit for.

In CLEAN, I’ve tried to explore the complexities of drug use and abuse through the experiences of five characters who, despite being very different, I think carry pieces of all of us.  It was important to me to show them as full, nuanced people, with hopes and loves and fears like everyone else—and also the disease of addiction. So often, we’re given the message that Drugs Are Bad, and by extension, people who use drugs are bad. Well, these kids aren’t bad. They’re kids, and they’re in a lot of pain. They’ve made some bad decisions and they’ve hurt people, sometimes very seriously, but they started out as we all do—with the potential to become anything. My goal is not to excuse their behavior, but to offer the reader some understanding of how people can go down such different paths. Hopefully I can offer some insight into how to avoid making some of their same mistakes.

I have seen the lives of people I love fall apart because of this disease, but I have also seen tremendous transformations, which can only be described as miracles. I have seen people who had fallen to what many of us would consider the lowest of the low, so close to death by either overdose or violence or suicide, but some glimmer of hope remained despite it all, some little voice that said “Live,” and those people fought their way back to the world of the living and now lead completely different lives. This is what I hope for the characters in CLEAN, and for readers who may be fighting their own similar demons. Despite so many things inside them being broken, despite the pain and struggle that may haunt them for the rest of their lives, I believe they–I believe we–can change. I believe that deep down we are capable of things we haven’t even dreamt of yet.